Recently returned from a 12 day trip to Michoacan, Mexico, which is sort of in the heartland of the country, west and a bit north of Mexico City. We drove in two vehicles, intending to leave one with a family member there. WHAT a long drive......stayed overnight in Laredo, TX, before crossing the border early the next morning. Saw nothing at the border.....and headed through northern Mexico on a series of toll roads and good highways. Some eight hours later we arrived in Villachuato, a small town of about 3,000 people. Rural authentic Mexico, what a treat!

We got up Wednesday to travel to a larger city known for clothing and textiles. Beautiful place. My grandson's baptism was coming up so the parents and godparents were choosing the clothes he would wear. They selected a white suit with some embellishment (almost mariachi!)--pants, shirt, vest, bow tie, and jacket. Plus boots. Very cute but not a big believer in child baptism and not Catholic so for me it seemed a bit much. 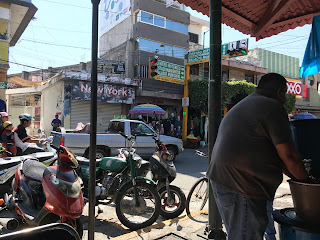 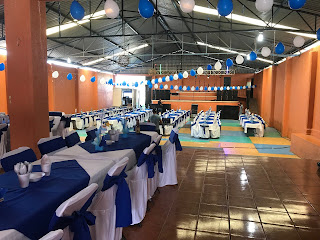 And the next day, Thursday, we drove to Puruandiro, about 12 miles away. It has larger grocery stores, lovely plazas, open markets, meat sellers, and so on. Very nice to spend time in the plazas on warm, sunny, days. We ordered beer and soda and bought other supplies for the baptism.

Friday was order the pigs. Get them butchered. Order the wood for the fire to cook the pigs. Trim fat. Hang (not sure why, wasn't any blood) the pieces. Cut into smaller pieces. Saturday, day of baptism, light the fires early and cook the meat for hours....to make fabulous carnitas for the meal. 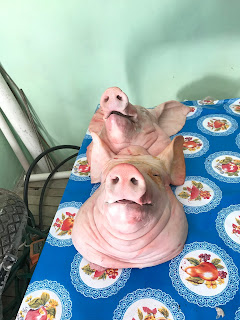 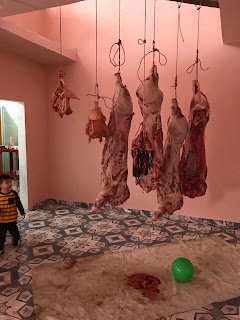 I have a strong stomach; none of this bothers me. And every part of the animal is used. No waste.

Sounds of rural Villachuato: near constant rooster crowing, which became rather a nice background melody for me. Dogs barking. The occasional fight among street dogs, which made me sad. The small trucks and cars blaring music or announcements for parties or other events. Motorcycles, trucks, cars, horses, and children. I loved all of it.

The baptism itself was quiet....mass and then the ceremony, rather sparsely attended but rich in ritual and symbolism. The afternoon meal was fabulous and included the best mole I have ever had. Then the dance in the evening and of course, cleaning up. The salon was nicely decorated and there was plenty to eat and drink. Success!

The following days were calm and included a day trip to Janitzio and some shopping. Leaving was bittersweet. 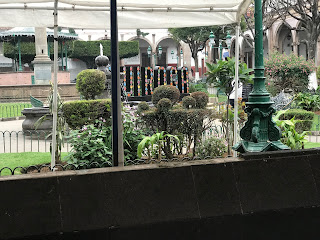 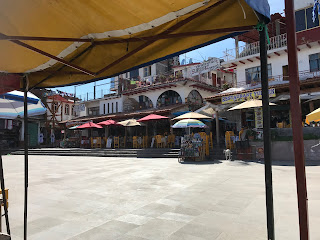 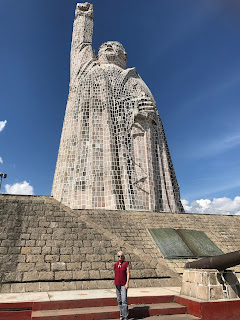 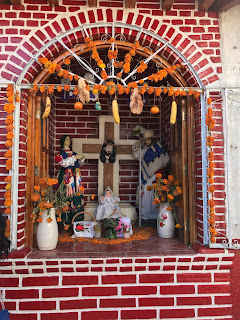 Day of the Dead altar


The most important parts of the trip were not the puppy adoption (not by me), shopping, the day trip, the baptism. The most important parts were the genuine love and affection among family members, with everyone offering to serve and help each other. The kindness of people who don't know me but are genuinely pleased to meet me because they know the family. The lack of complaints for whatever conveniences are missed--but they weren't really missed because we were WITH each other, not on social media or looking back in regret or looking forward in anticipation. We were just together and it was soul-enriching.

Mexico is not a backward country with a lack of conveniences. Even in our small town internet was available and cell phones functioned, we had indoor plumbing and water and all that we needed. The focus was not on what anyone has or anyone's social status. It was all about being together and making memories. And we did a lot of that. I can't wait to go back!

Posted by From the Heartland to the Frontera at 5:36 AM

Email ThisBlogThis!Share to TwitterShare to FacebookShare to Pinterest
Labels: Mexico