Mix of Indigenous activists and others; ARISE was there as was Proyecto Azteca. There is a cemetery with ancestral graves, and the proposed wall will go through it (it's near the wildlife refuge as well). My friend and I visited the camp; leader Juan Macias and others camping out to protect the graves.

This protest opened with songs of the earth; I didn't understand the words but the rhythm, singing, movement were deeply calming. Speakers addressed the historical crossing of "the border" and noted that the border, to many Indigenous peoples, is an imaginary line that simply complicates their lives and separates them from family and communities. Others noted that the people haven't moved--the border has. And that is exactly true.

The protest was well planned and attended and music continued after we left. A few pictures. 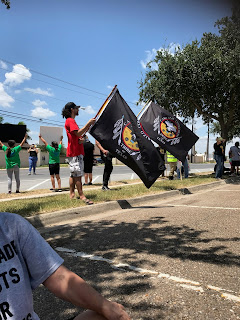 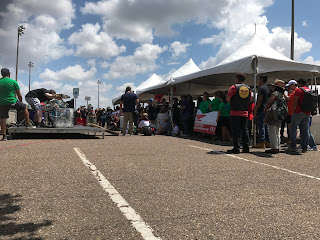 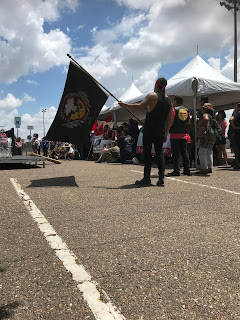 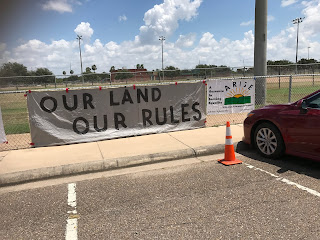 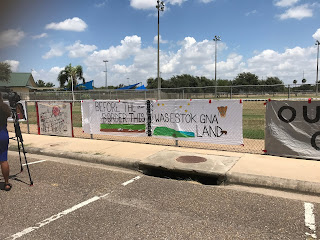 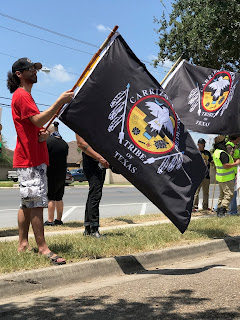 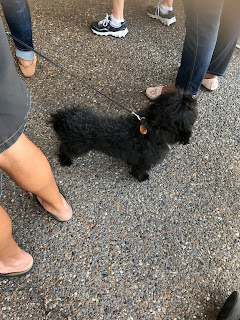 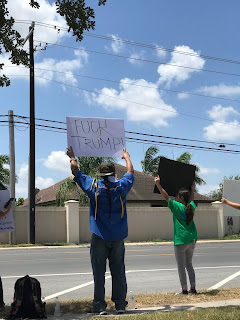 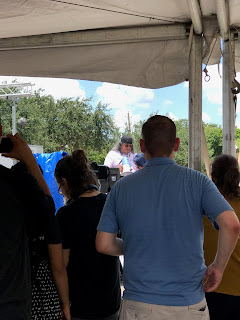 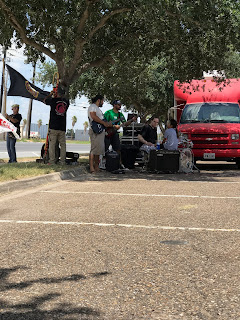 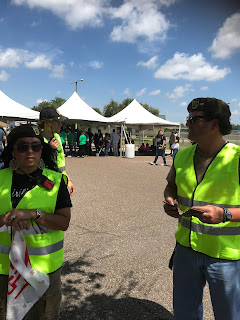 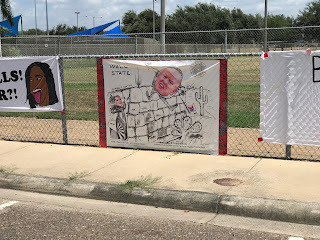 Posted by From the Heartland to the Frontera at 2:47 PM