Haven't been writing much and it seems like a good time for an update.

After coming to McAllen nearly every month, for longer stays each time, I decided it would be more efficient to get an apartment so as of July 1, I have an apartment with a bed, table & chairs, and sofa. Two plates, 3 bowls, etc, ha ha. But I do prefer being able to cook for myself even without all the supplies I have at home in Iowa.

It's been very slow at the Respite Center. The administration policy MPP, Migrant Protection Protocols, aka Remain in Mexico, means that asylum seekers who cross the river are immediately detained and returned to Mexico.

There are some 50,000 asylum seekers along the USA-MEX border, along the river. McAllen is across from Reynosa but detained families are bussed to Brownsville, about an hour east and south, and taken across the river to Matamoros.

There are 1500 to 2000 asylum seekers camped out just on the Mexican side of the border. Some have dates to plead for asylum while others are waiting for dates. They don't want to leave the border area because they are afraid they won't get back to the border to cross for their dates. 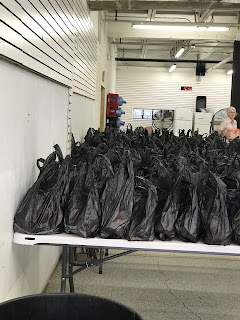 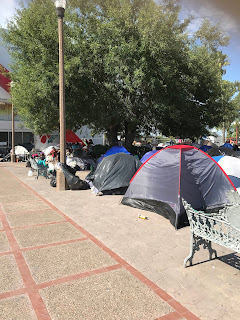 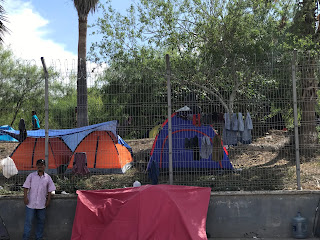 With little access to portapotties or showers or water to wash clothes, people use the river, which is rapidly becoming even more contaminated. 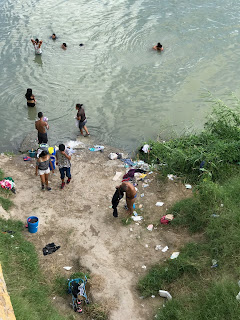 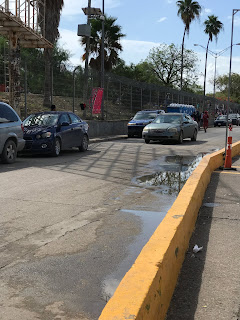 The USA has set up large tents. Asylum seekers enter the tents and speak via video to a judge somewhere far away. Few have legal representation. Reports are that many of the US people running these "courts" don't know what the laws are anymore; refugees without lawyers have little hope of understanding the system, which can vary depending on who is hearing what from who and where and so on and so forth..... 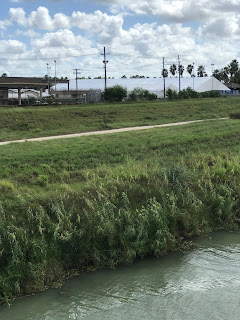 The 1500-2000 asylum seekers typically have very few resources. They've spent money, maybe borrowed money, to pay their way north, to coyotes, to police, to military. For food, shelter, paper supplies, shoes, etc. They are camped in Matamoros, at the bridge, with no way to earn money and no money to pay for anything. And Matamoros is dangerous; there are cartels, kidnappers, extortionists, and so on.

Fortunately there are groups trying to help. Team Brownsville, a volunteer group, tries to provide dinner for all these people at least 5 days a week. Sometimes breakfast is donated. Some people have tents, which were also donated. The Mexican gov't does little to nothing to help them. The USA gov't of course just wants them to disappear.

The Respite Center in McAllen, under the auspices of Catholic Charities,  has a large facility, staff resources of clothing, showers/bathrooms, diapers, hygiene products, foods, and volunteers. We can, and have, helped up to 1200 people in a single day. These were folks picked up and detained after entering the USA, kept in detention, and then when the detention centers were overcrowded, those with family or sponsors in the USA were released to us.

They'd enter, receive a hygiene kit, register (getting in touch with family who will buy the tickets), get a clean set of clothes, shower, and have hot meals. Depending on the time of day, it would be lunch or dinner. During the afternoon, we'd have hot soup from the Salvation Army plus tortillas and perhaps fruit. They'd only gotten cold sandwiches in detention so hot meals are much appreciated. Most had also gone days without bathing, so showers and clean clothes made a big difference. 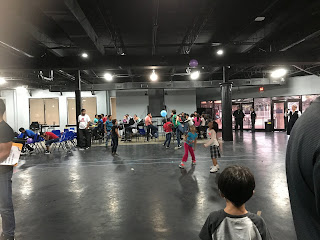 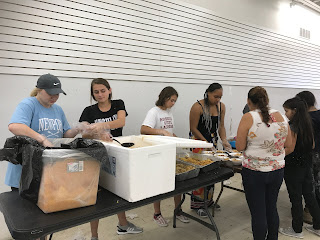 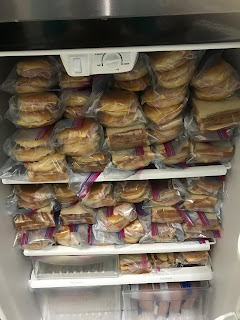 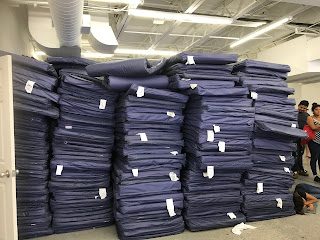 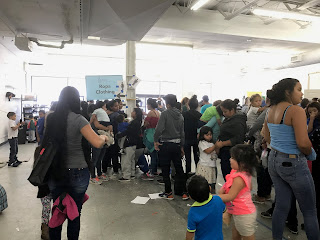 The Center's motto is "Restoring Human Dignity" and everyone who works or volunteers there treats the asylum seekers are real human beings, worthy of being treated decently. More than anything tangible we can give them, we give them respect.

But since MPP, we have had few detainees released to our care. Pregnant moms, moms with preemies, families with special needs children. Lots of capacity and no one to share it with.

So we've begun going to Matamoros. As is not unusual, it can be challenging for different entities to work together and probably outlining different areas to be in charge of is the best choice.  At first we made just 1-2 trips a week but we have been going almost every day now. We pack up in the morning and head down in a caravan of private vehicles and volunteers and sometimes staff. We take baby supplies: diapers, wipes, formula. We take hgygiene kits with soap, deodorant, shampoo, comb, hair ties, etc. We take OTC medicines with a nurse or doctor plus translator. We take chips and water. We take ball caps. We take bundled clothing--Women Small t-shirt, underwear4, socks, and also men/babies/children.

Most recently we've been taking sandwiches, since no one provides lunch. We make peanut butter & jelly sandwiches, put 2 in each paper lunch sack, and distribute them along with milk (white and/or chocolate) and 2-3 snacks each (granola bars, chips, pretzels, crackers, cookies, etc).

Every trip we park together in a parking garage, load everything into wagons/carts, and haul the supplies across the bridge into Mexico. We usually get through without problems but one day when I was there, a zealous guard checked the expiration date on the chips, found some expired, and insisted we go through all of them and throw away any that were past their due date. It really hurt throwing perfectly good food away when we were so close to so many hungry people. Trash--they made us throw them in the trash. Damn.

Asylum seekers remain at the border because they worry that they will lose their opportunity. Mexico doesn't want them there and tries to convince them to go home or go further into Mexico. The USA is running sham courts that virtually always send the asylum seekers back across the border into Mexico. If they owe money to coyotes, going home means they'll never earn enough to pay it off.

And the USA gov't continues to try to make things worse. They whittle away at eligibility, outright demand that asylum seekers prove they won't ever use social benefits (struck down by court), lower the numbers of those permitted to enter, and deliberately make conditions so bad that asylum seekers, who have the legal right to request asylum, simply give up and either leave or don't come in the first place.

Now the Mexican gov't, already doing as little as possible to help the people, has decided to forciblty move all these people 10 kilometers further into Matamoros, to be (dare I say) interned in a convention center. 1500-2000 people. Will they be fed? Will there be enough bathrooms? Clean drinking water? Showers? Sleeping mats or cots? Blankets? Protection from the elements? Given the track record, one might expect even worse conditions.

But there had been a bridge protest, non violent, families simply sitting or standing on the bridge in protest, forcing the bridge to close down for some hours. This is their punishment?

Is no one speaking out on behalf of the LEGAL asylum seekers? Who have NOT broken any USA rules but who have been treated like animals or criminals. Why are there only volunteer and charitable groups trying to help? Why are volunteers and charitable groups often denied the opportunity to help, at no cost to any government?

This should have NOTHING to do with politics. It has EVERYTHING to do with humanity and compassion. All of us who have more than we need, who taken indoor running water for granted, whose major decisions today might be what kind of expensive coffee to buy, we did nothing to deserve this. We were simply born into this good fortune. The asylum seekers? They did nothing to deserve violence, gangs, poverty, illness. They were simply born into that bad fortune. We are not better than them. Why can't some people see this?

Of course there is much more to the story, the history of USA involvement in Central America, climate change, relationships between Mexico and its neighbors, colonialism, etc etc. Knowing more about all of those makes us realize our own complicity, and that we have some responsibility for the "bad fortune". It is ALL important to teach/to learn.

Meantime on the border we wait anxiously for some good news for a change, believing surely it can't get worse, seeing it get worse, yet hoping each new day anyway. 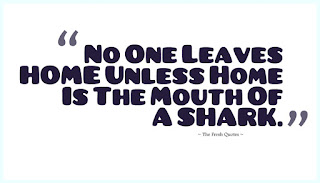 Posted by From the Heartland to the Frontera at 8:42 AM